Ecotoxicological assessment of mine waters

By Cherie McCullough January 11, 2019 No Comments

Toxicity testing is primarily used for determining acceptable chemical concentrations in receiving systems. Testing occurs at a variety of scales, with benefits and contraindications for each scale. However, single-species tests have found favour with most regulatory agencies as they are the most precise, repeatable, statistically powerful data.

The ANZG (2018) Australian and New Zealand Water Quality Guidelines are derived from sometimes extensive datasets that typically do not include aquatic biota from Australasian waters and waters from the particular region they are then applied to. For instance; a single toxicant guideline value might be applied to a cool-temperate wetland in Stewart Island, southern New Zealand; and also to a seasonal river in the wet/dry tropics of Northern Territory of Australia! This can result in an overly-conservative approach when assessing environmental risk in the naturally-geochemically enriched waters of mining regions.

The use of regional waters and biota has increasingly been used in toxicity tests to generate site-specific guideline values (SSGVs). High reliability SSGVs can be derived through toxicity tests with regionally relevant species and the development of species sensitivity distributions (SSDs) from the resulting data. These values are a preferred compliance point determination method due to the robustness of the approach for specifically protecting local receiving environments. However, SSGVs should still be practicable, relevant, suitably conservative and defined by strong scientific evidence in a transparent manner. 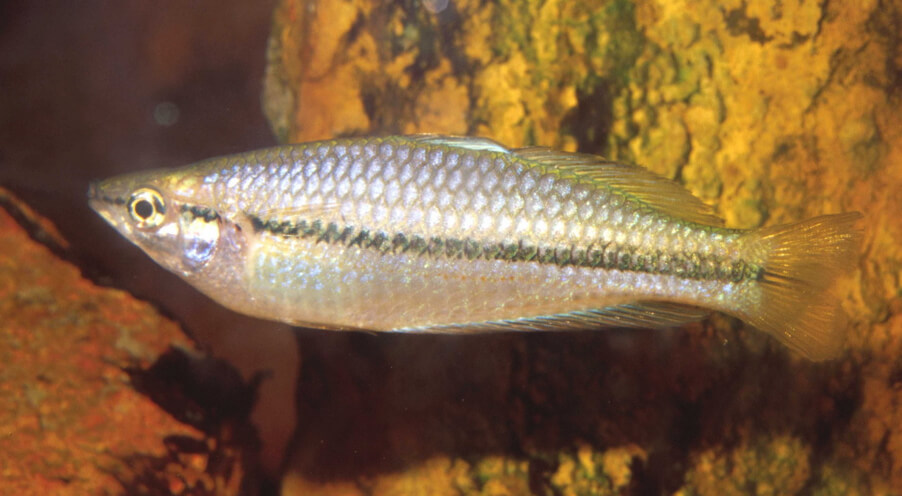 The locally-occurring Eastern Rainbowfish (Melanotaenia splendida) has been used to test for toxicants in Magela Creek, Kakadu National Park, NT. 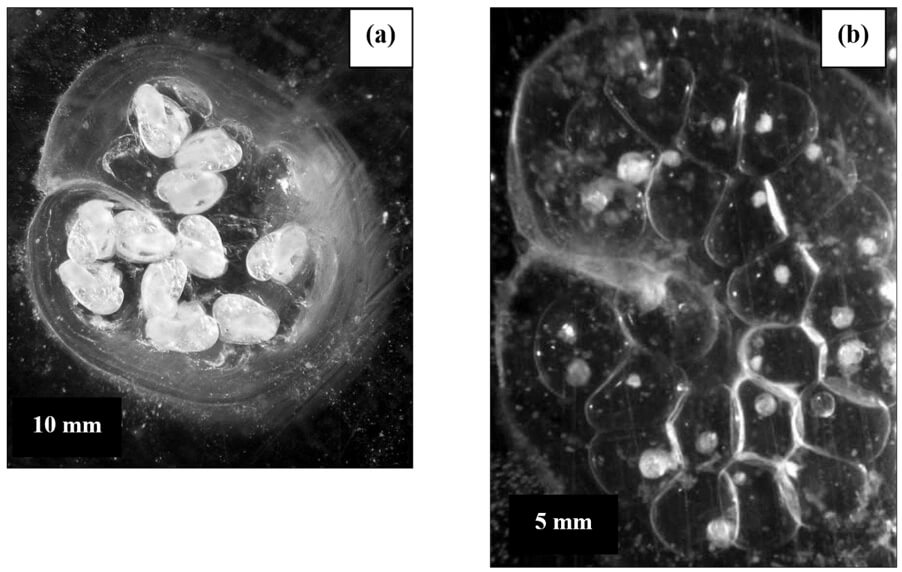 Egg mass of the freshwater snail (Amerianna cumingi) laid under (a) control, and (b) 103 mg/L magnesium, at day 8. The egg mass exposed to high concentrations of magnesium sulfate shows delayed and variable states of embryo development.

Diluent water is used to serially dilute stock toxicant solutions into test solutions. Site-specific testing often seeks to capture site-distinctive receiving waters, as well as site-specific biota. For site-specific testing, relevant receiving waters should be used as diluents as receiving water chemistry may influence COPC toxicity. For instance, extremely soft water has been found to increase Mg toxicity in Northern Australian waters. Equally, waters of south-western Australia have been found to be naturally elevated in iron and zinc. Diluent waters should therefore be sourced from environments outside of mining influences which may be either defined e.g. discharges or diffuse sources e.g. seepages.

Species within the battery should be:

MLC offers both generic and site-specific water quality assessment and management services for both operations compliance and mine closure planning.